We blew the barn doors open this weekend *BOOM*
Blazing Saddles, what a weekend!
Saturday was Veterans Day and our Huntsman Dave Kruger, himself a veteran, asked retired Lt. Colonel Tim Christi to ride up front with him. What a thrill! Commander Aloma Moncrief was honored as well for her service to our country. She has just returned from a tour of duty in Afganistan. She is a Black Hawk helicopter pilot. She and her awesome mare, Remi, rode first flight.
We had 30 riders, our gritty NHH hounds and a full fledged whoopee wagon support as we turned left out of the driveway and towards to open fields. There was a pretty good bite in the air and the skies were overcast.
The hounds worked hard and there were a few brief runs as they picked up some scents, but nothing was sustained.
I stayed back to help shut a gate with Melinda Brahms and her daughter Malea. We tried several different approaches to shut the gate all while attempting to not dismount-they all failed and Malea dismounted to shut the gate, then I dismounted to give Malea a leg up. Good thing the Russians weren’t watching—they would think Cumberland could be easily overrun with our motley crew in charge of the shutting the gate.
I galloped ahead, meeting up with Camie as she was assisting her students in perfect jumps over the coop =) I went ahead of them after the coop and jumped another coop by myself (actually Kona-Libby Christi’s hunt horse- was a rockstar and rode off by himself, jumped by himself and overall rocked it).
I saw the field in the bean field and I could hear whipper-in Breanna calling my name. As I galloped up I could hear Bre asking for help.  She was off her horse and standing on the otherside of a boggy area. I ran over and saw that Brit Vegas-Gengenbach was off her horse, her horse was laying in the colvert on her side and Adam Gengenbach was trying to get her saddle off.
After quite a struggle, Berlin, was able to stand and slug her way across the bog (it was chest high) and make her way to solid ground. Affliate member MFH Marcella Thacker-Norman owns Berlin and Brit has been putting training rides on her. Marcella walked her back to the Brahms farm, although tired and sore, she appears to be unhurt. Brit was not so lucky. She suffered several broken bones in her ankle, fractured her fibula and some torn ligaments. Here’s to a speedy recovery! She’s tough and will be back in the saddle in no time!
Melinda Brahms had lunch for us: Baked Ziti😋 and this scrumptous cheesecake filling with all sorts of toppings.
Sunday started off cool and cloudy 😞 I thought it was going to be an icky day.  Suddenly, the sun came out, the wind simmered down and it turned into a ABSOLUTELY FABULOUS, FANTASTIC, STUPENDOUS😀🐺🐴 day
We went a different direction and Huntsman Dave was feeling the Coyote vibes. I had my head cam on  https://youtu.be/awfBgslE4po  this is the first coop when we head out South/East/West/North from Brahms. After that my head cam malfunctioned and I wasnt able to video the  4 coyotes that we flushed up and the two we put to ground! WHOOHOO!!!!! WHAT A DAY! This is a NHH RECORD!
The NHH hounds were unbelievable! The hound work was GREAT to watch.
We jumped a brace of coyotes to start and one coyote was put to ground, the other ran through the CRP and into a waterway. MFH Monte gave a toast to the coyote, to the hounds and to the Huntsman.
MFH Monte was no sooner done toasting than the hounds pushed another coyote out of a strand of trees and we flew across the fields hot on the hounds tails. Junior rider Kara Horton took a spill when her horse tripped in a water crossing. She was able to remount quickly and catch up with the field.
We had a loss and Huntsman Dave collected all the hounds and we had a small break.
Huntsman Dave decided to return to the CRP field and see if we could find that one coyote that had run to the waterway.Damn Skippy-He was right! BOOM! the hounds give voice right away and we are flying across those bean fields. Livery is smoking it and gaining on the coyote. It is amazing to see how FAST she is! I’m watching Huntsman Dave and his wonderful mare, Lucille, with her ears flat back and legs stretching out (I can say all this because I am unable to slow my horse down and  have passed the FM, Jay Stockhausen and half the pack of hounds-a BIG NO-NO!).
Livery puts the coyote to ground and the rest of the pack catch up with her.
FM Jay S gives a toast to the coyote, the hounds, the landowners, the huntsman and his staff.
A year ago the pack of hounds were really a bunch of young hounds with zero experience. They were trying the fill the paws of some really wonderful hounds that had to be euthanized because of Leishmaniasis. Huntsman Dave and Bre have worked incredibly hard, as well as whipper-in’s MFH Dave K, Helen S, Nancy E, Jubilee M and Brit V-G, to make them bidable, fit and ready to hunt.
Sunday showed how well they can hunt.
Helen S provided a great brunch to end a super fun weekend!
This weekend is Tipton!
YIPEE!!!
Have a wonderful week. Count your blessings and be thankful in all things.
Carine/Kona/Indie
NHH Honorary Secretary 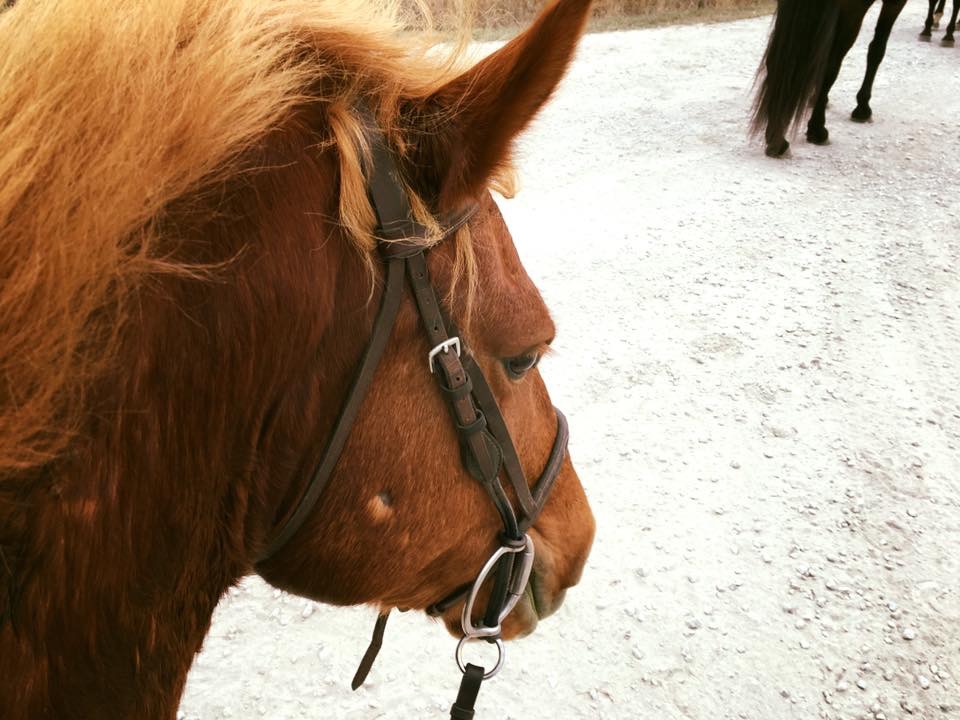 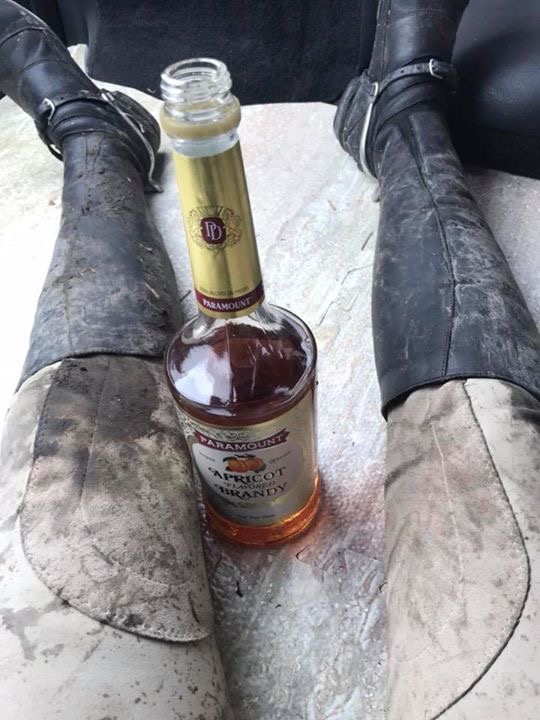 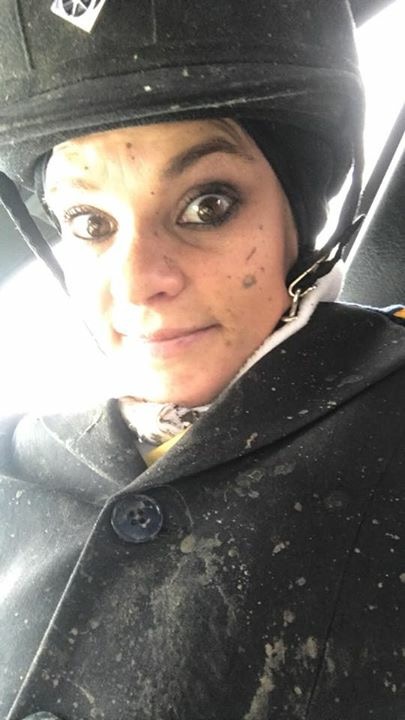 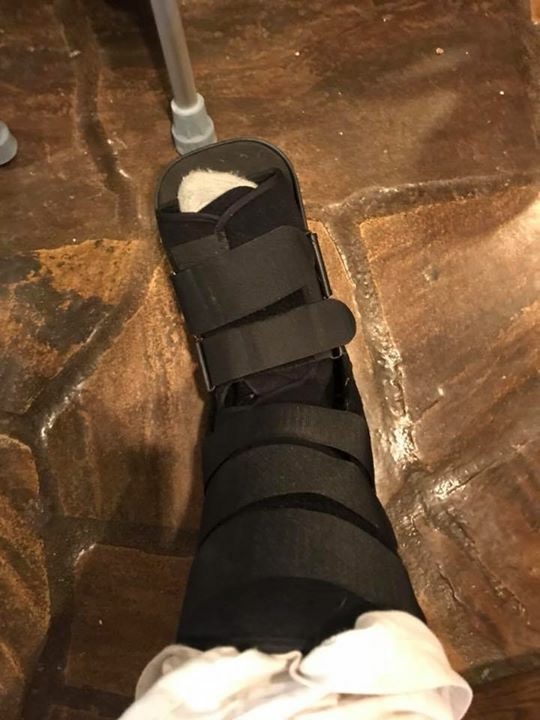 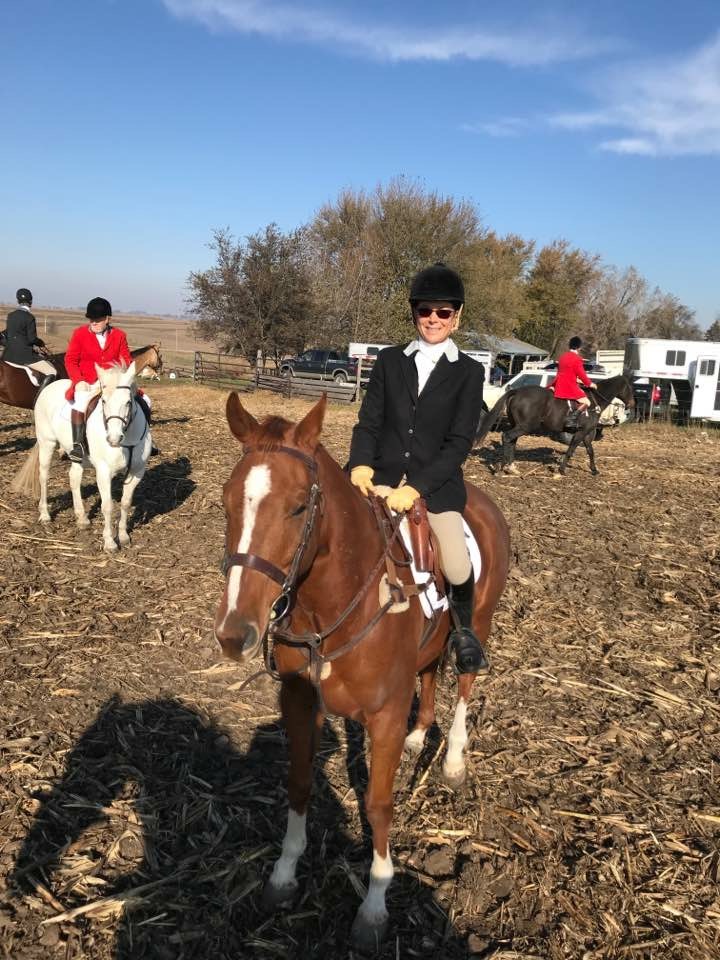