Another super fun day was had by all today ! 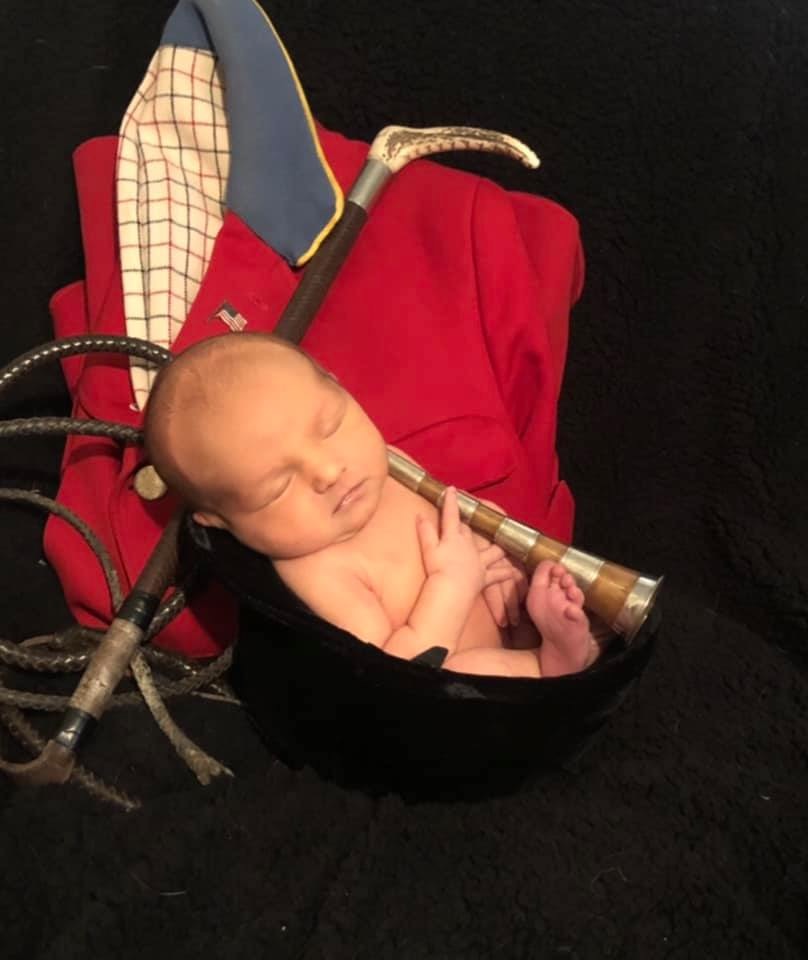 It was a spectacular day! Bright blue skies, about 50* at stirrup cup time. There was a little W, which unfortunately, increased in force as the day progressed.

There were quite a few people in the field, I forgot to count, so maybe 25? We had good road crew support: MFH Monte, Keith R, Crazy, Professional Whipper-in Bre (who is looking quite svelte 13 days post baby), and baby Raylan.

MAN ALIVE, The Beef and Noodles were AMAZING!

The mashed potatoes were PERFECT! There was also farm fresh corn (I’m guessing from Jana’s garden this summer), salad,rolls with butter and a birthday cake. Dude was 9 today. We sang happy birthday and we couldn’t carry a note in a muck bucket. 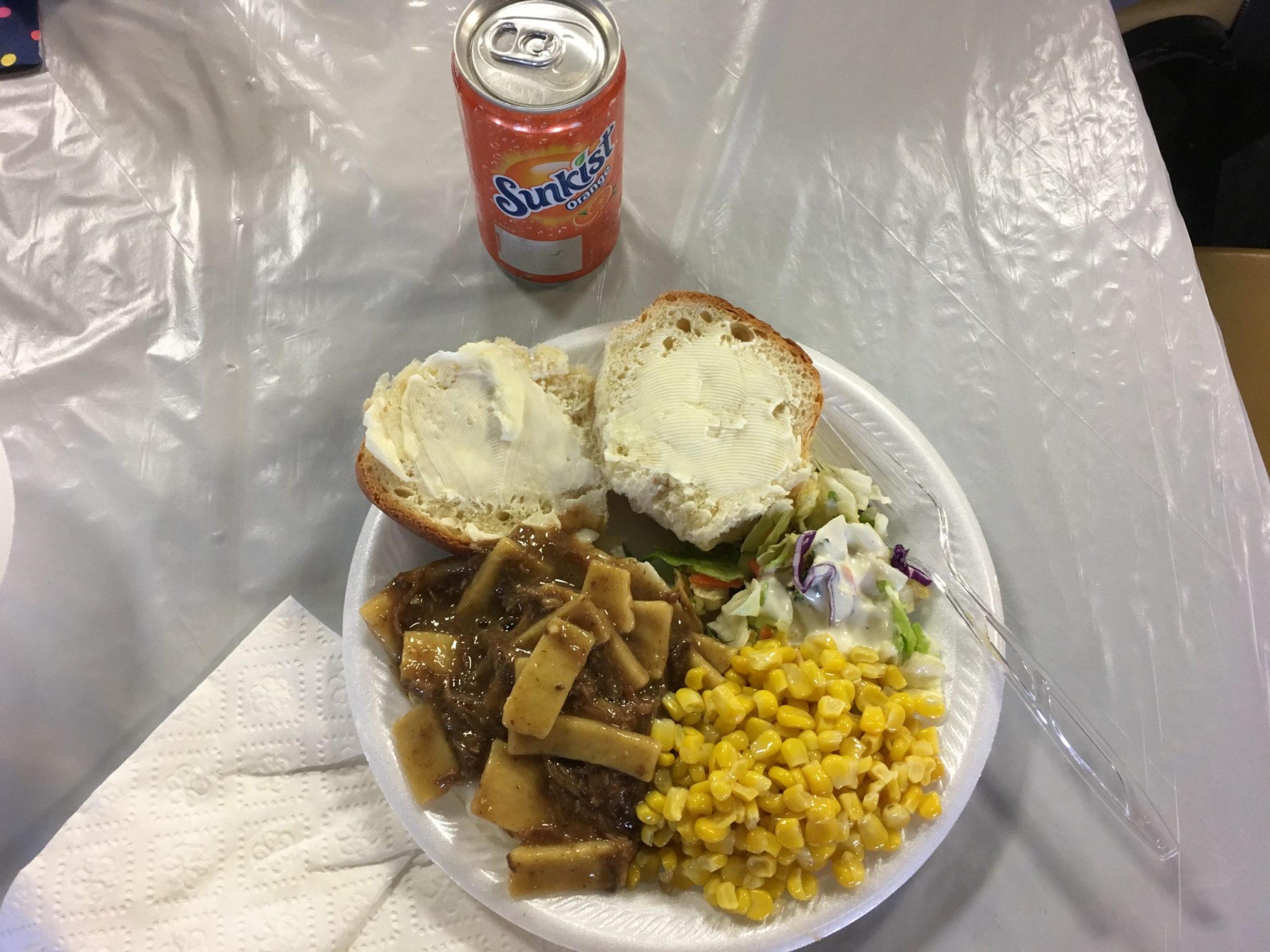 The coyote viewing was super fun! I ‘whipped’ today ( I use that term loosely) with whip-in- training, Catherine Dargin. Huntsman Dave headed east (right out of the driveway) and then north (left) on the first road. It’s a minimum maintenance road. He was going to release the hounds into the tree farm. Whipper-in Jubilee M and her helper Jamie Haith went a little farther east and then jumped into the field to protect that side of the hounds. 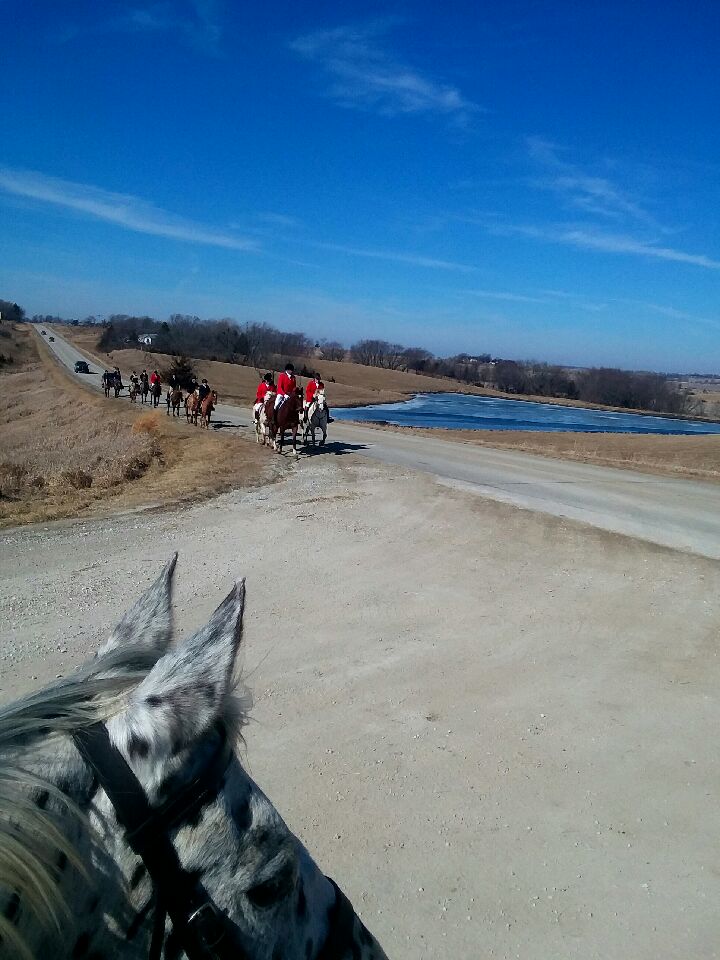 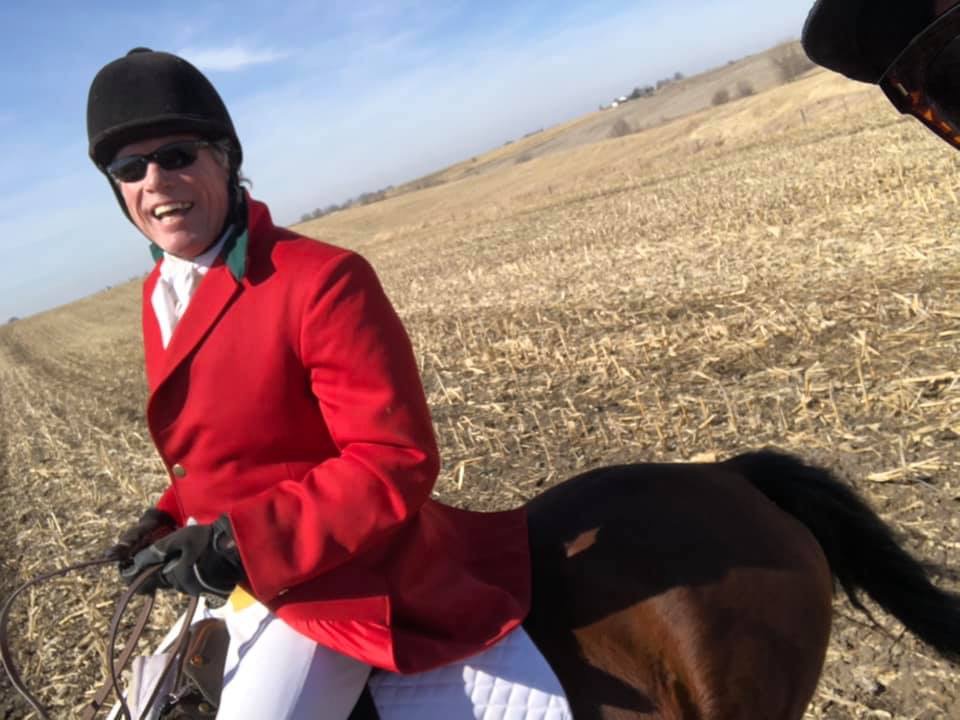 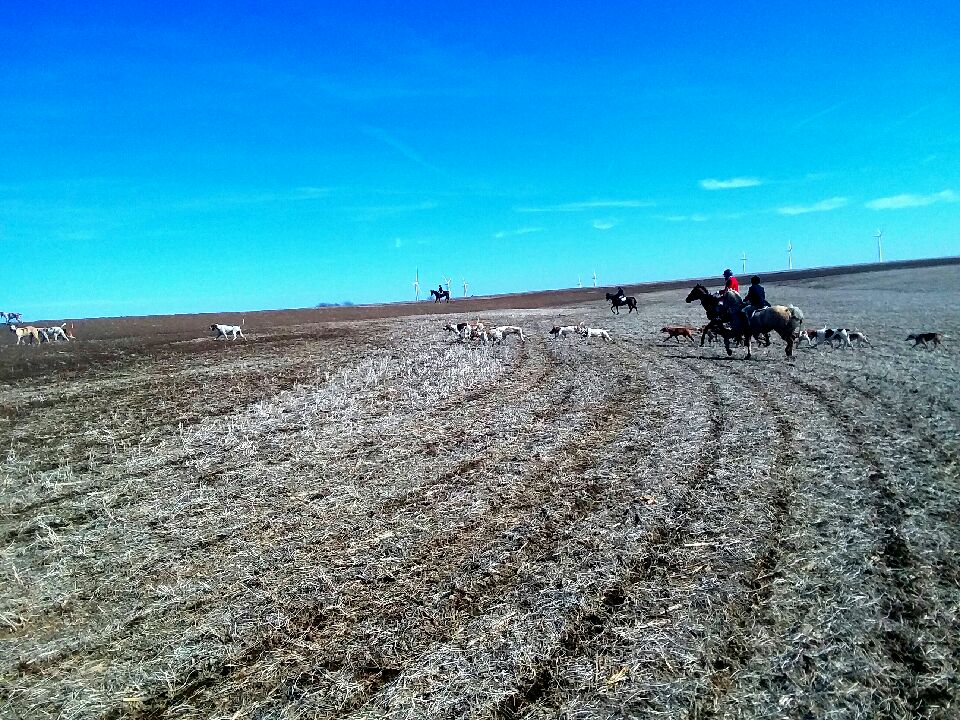 As Catherine and I headed north on the mm road, Catherine spotted something bounding through the tall grasses of the bowl. We’ve jumped several coyotes in that bowl over the years.

It was bounding through the grass and we couldn’t confirm that it was a coyote or a deer until it broke out into the bean field. Tally Ho! It’s no wonder we thought it was perhaps a deer initially! He was huge!

We decided to continue on the mm road to the next road and then head east, since the coyote was traveling at a high rate of speed to the northeast.

As we galloped down the road, turning and  heading east, we viewed the coyote running across the top of the field. We held up so as to not over run the line as the hounds were voicing hard. We ended up having to stop them as we were running into country that we didn’t have permission to ride across.

Huntsman Dave gathered all the hounds, turned around and began the search for new game. The hounds were fired up and wanted to find something to chase. They made a couple of runs and it was impressive to watch Jubilee and Indie flying across the fields.

Huntsman Dave calmed the hounds down and had one hound go back home with Crazy. He was a new hound that we recently drafted and he came from forest country. He was so excited to see all this open country, that he went a little wild. Huntsman Dave and staff will get him figured out. He’s a handsome hound and big, too!

The WW was top notch today! All sorts of tasty treats =) 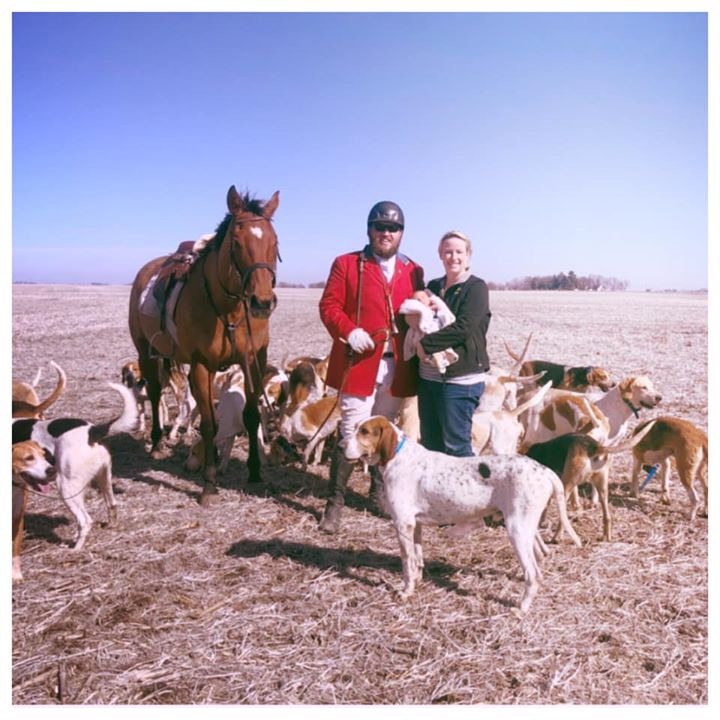 We hunted awhile longer, however, the wind was getting stronger and making hunting more difficult. Huntsman Dave headed for home and that fabulous meal I mentioned earlier. We also had live entertainment with Crazies band. They are quite good! 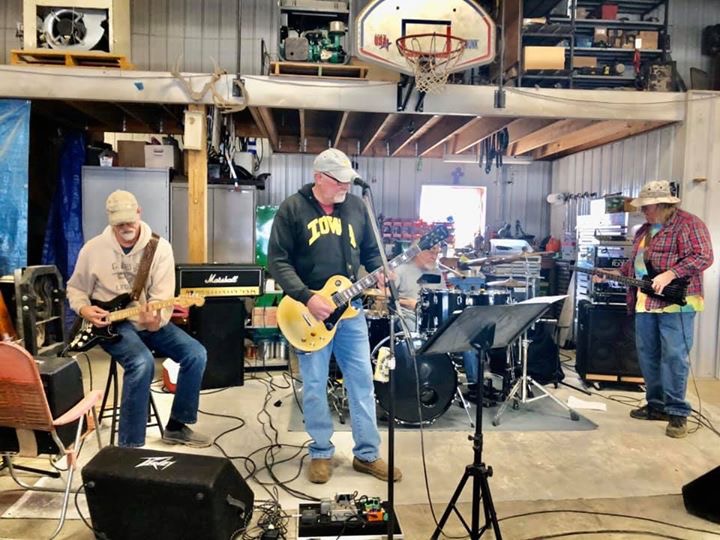 Next week is TIPTON! Always. Fun!

Carine/Wicked (she was simply amazing!)