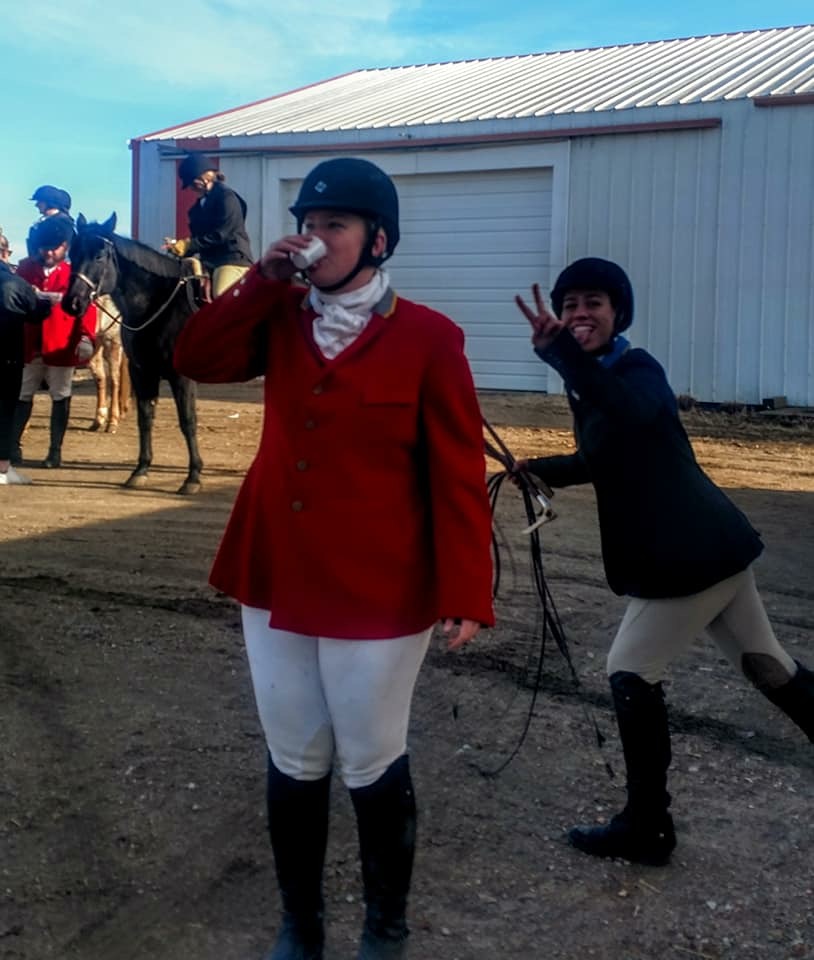 The footing was perfect. We were worried that it might be too muddy or slick, but not so. The hounds were fast. Moving quickly through the cover. We covered a lot of territory

It was so warm that jackets were waived! In January! Such a beautiful day 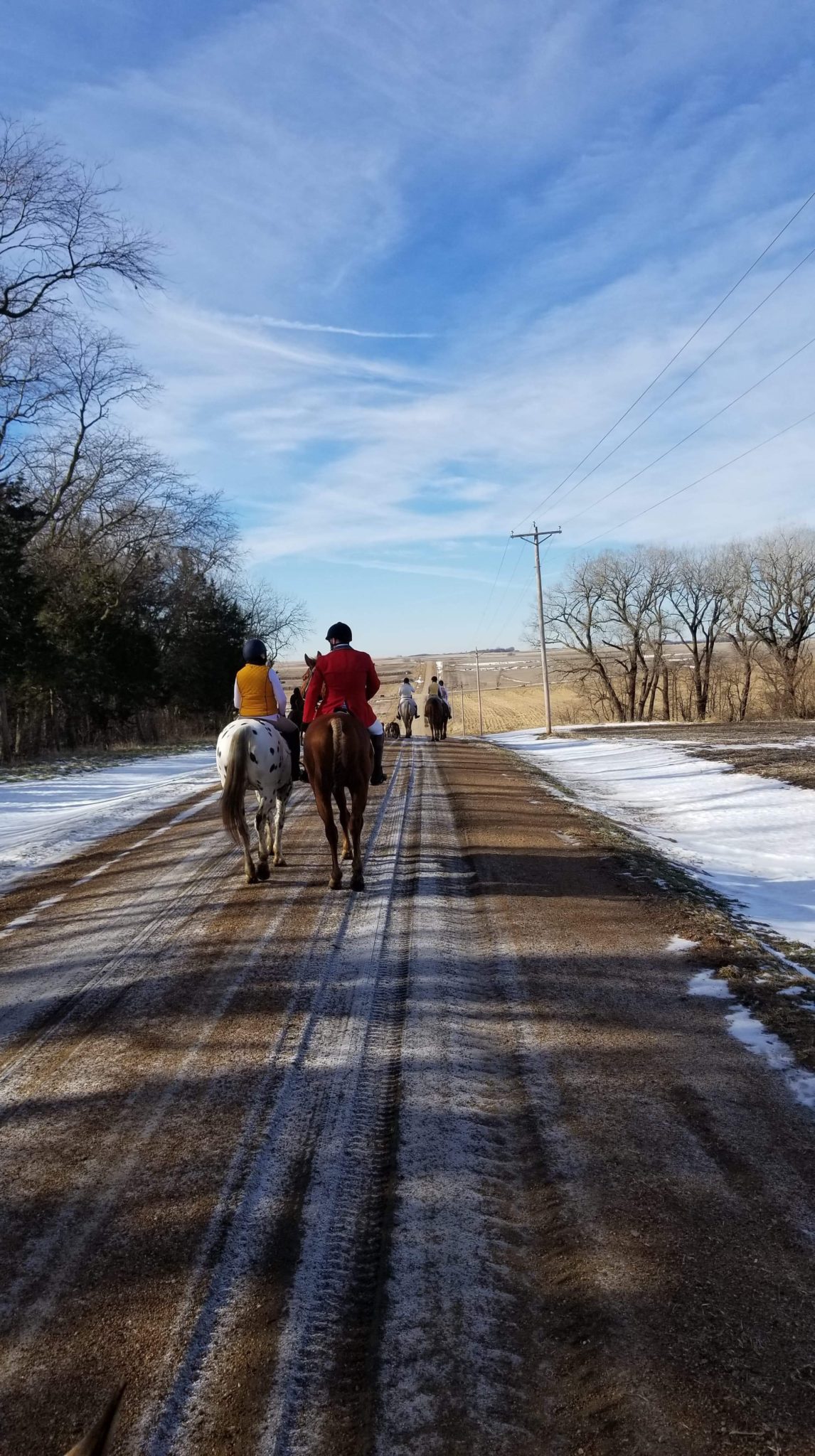 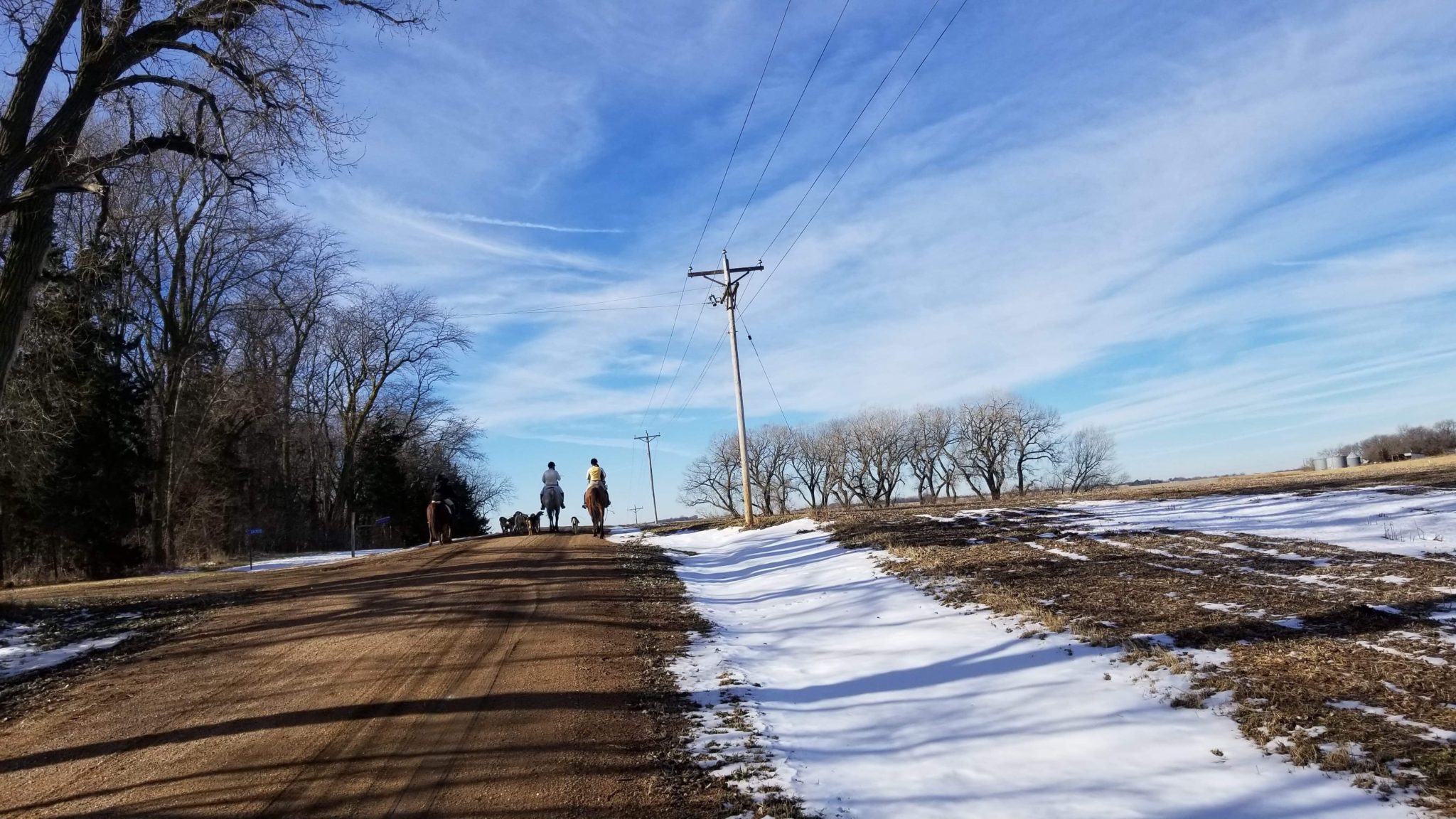 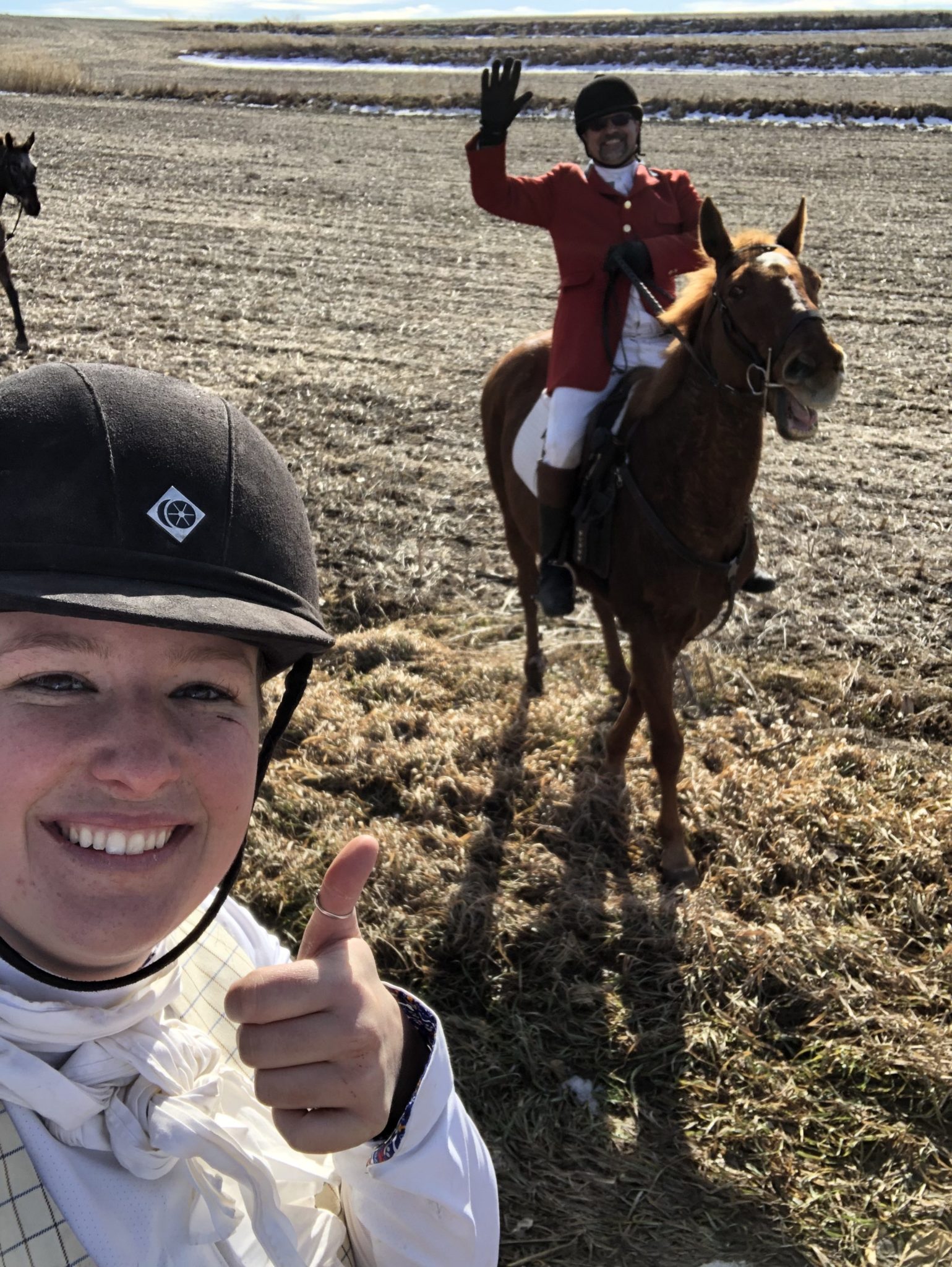 As we were almost home when the hounds went running hard into a creek (the water was running so clear!) Huntsman Dave saw a couple of large beavers! The hounds cornered something in a hole and were facebarking like crazy. Samantha and Jubilee dismounted and climbed all around trying to get to the hole were several of the hounds had crawled into. 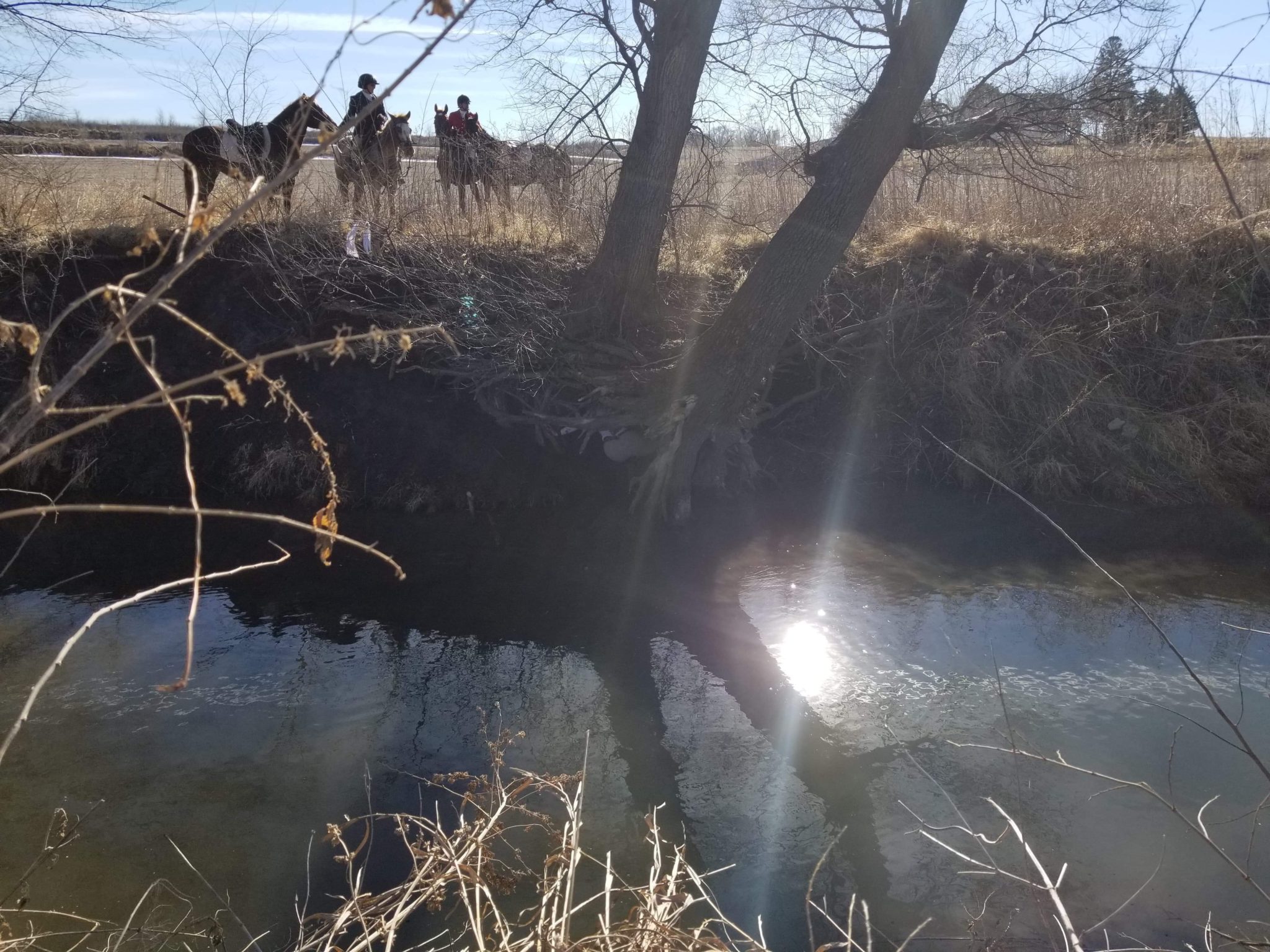 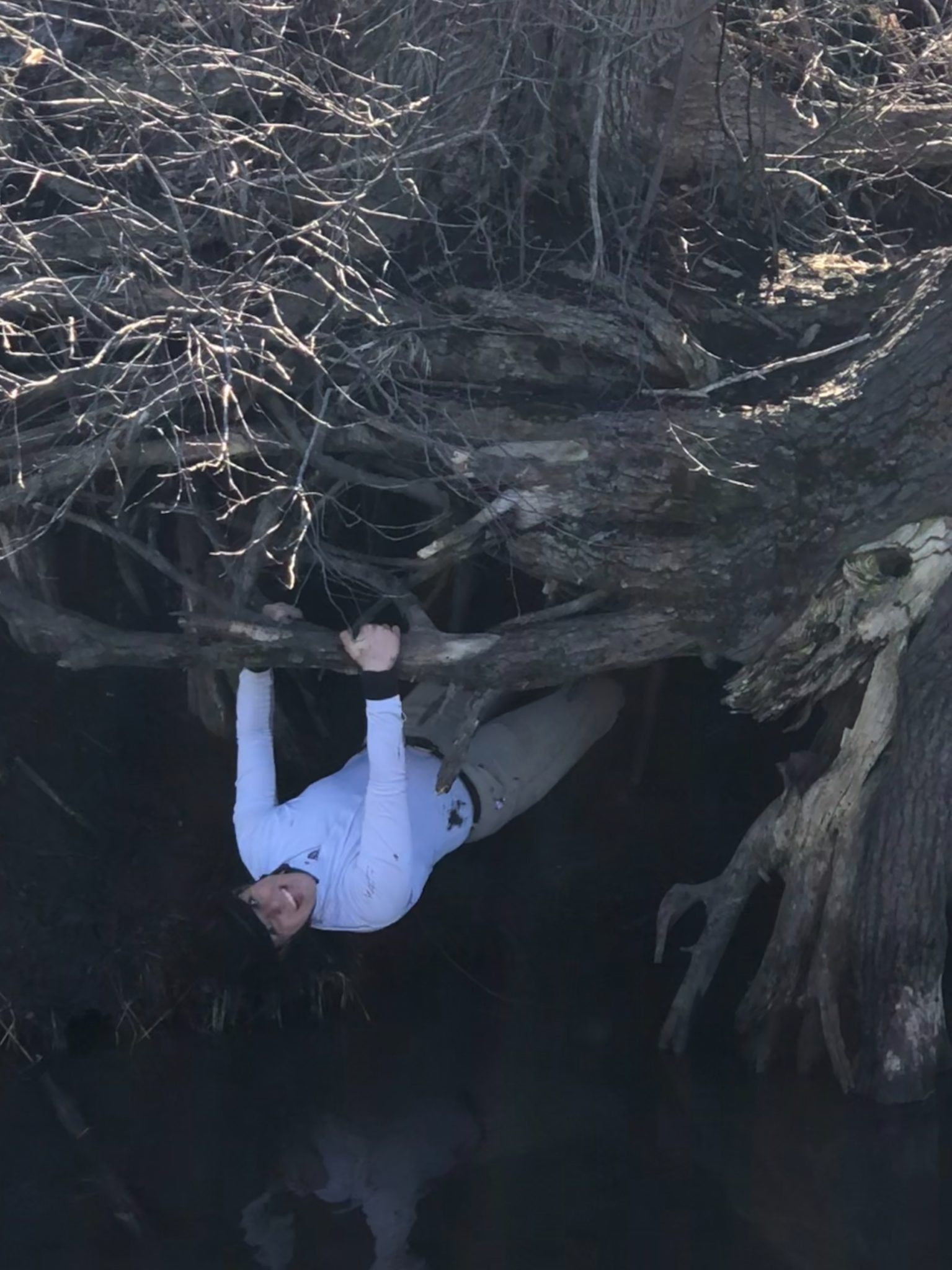 Jubilee M. Photo courtesy Bre O. What a GREAT picture! Jubilee is climbing around and under tree roots. You can see her reflection in the water

We returned to a fabulous brunch that Jana cooked up =) Chicken and rice soup, and some other wonderful food, but the BEST part was the home made CREAM PUFFS! 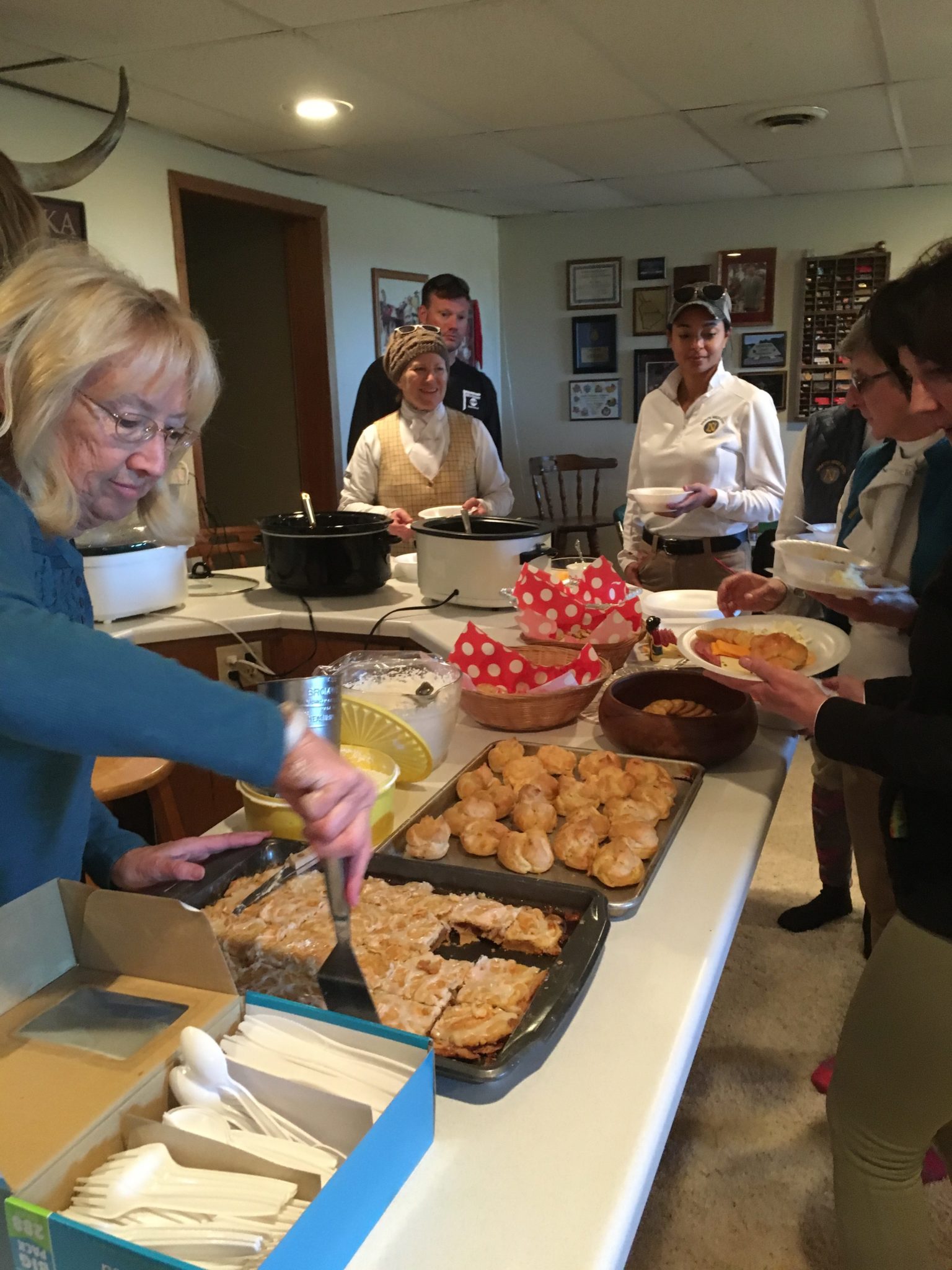 Tomorrow we’re hunting at Cumberland and it’s going to be another beautiful day! See you then =)